It’s 2014, and our world is no longer contained in the four walls that make up our residence—instead, it is defined by the apps on our smartphones. Those smartphones, after all, are what we honor with the lion’s share of interactions throughout the day, and a smartphone is nothing without apps. What are the top five Android apps for teenagers in 2014? Five apps no teenager will want to do without?

Facebook—In the ten years since Facebook first launched as an exclusive Ivy-League-only website for networking among classmates, Facebook has taken over the world. Now every herder’s child in rural Mongolia feels they must have a Facebook account, and in the developed world the website is as better used than the average toothbrush. The android app is omnipresent on most smartphones. It allows teens to keep up with the lives of their friends or schoolfellows, and stalk anyone in whom they have more than a passing interest—and the privacy settings give reasonable protection from stalkers, too.

Twitter—Here’s another way to follow the day to day, hour to hour, minute to minute lives of your friends, enemies or heroes. Twitter on the Android is a wonderfully lightweight client. According to its page on Googleplay, it is a “free app that lets you connect with people, express yourself, and discover more about all the things you love.” Many teens use it as just that, and there have been situations in the past year when twitter has outrun the traditional media in providing up-to-date, reliable information on fast-changing situations.

Khan Academy— You’ve probably heard of Khan Academy, that internet treasure mine of free college and highschool courses in any subject imaginable. But did you know you can get quick, convenient access to these courses with apps like KhAndroid, Khan Academy (Unofficial), or S Educate? These free android apps bring the power of Khan Academy to your smartphone as well as to any place that little device may go with you—to the waiting room, skate park, or even the bathroom. Unlimited learning is only a tap away.

Angry Birds— Sometimes, of course, we want something other than unlimited learning—unlimited games, maybe? Angry Birds is another must-have among the teenage crowd, The social version of the game, Angry Birds Friends, is appreciated by those who like to have someone with them in the running. It interfaces with Facebook, and lets you compete with your Facebook friends.

Pandora Radio—It used to be that we listened to music we owned on physical CDs. Then we moved to virtual mp3s, but today most teenagers do not feel limited by their own music collection, virtual or real. Pandora radio allows constant live streaming of music from the internet, and is great for discovering new music or enjoying the popular hits.

There’s no list of five top Android apps for teenagers that can be anywhere near complete, but these five are five must-haves for any person between thirteen and twenty one. 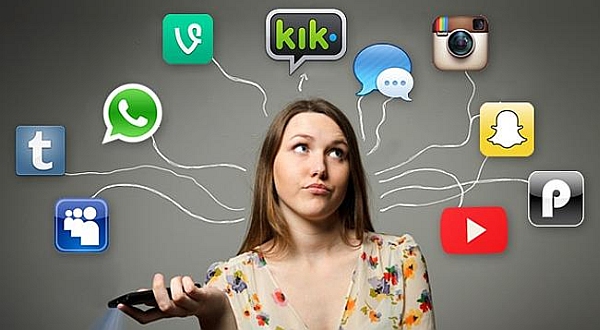