WhatsApp and Telegram are two messaging applications that compete very closely and it is no wonder that most of their features are very similar. In this article I will write about one such feature and how it is similar in the two. I will also discuss its difference in the two applications. The feature I want to discuss is the one that allows people to use their laptops and desktops to use the two applications using their browsers instead of installing them. In WhatsApp it is called WhatsApp web while in Telegram it is called Telegram Web. Telegram introduced the feature first and their rivals WhatsApp not wanting to be left behind introduced their own a few months after them.

In both applications the feature comes with the apk file when you install it all you have to do is configure it. However this is where one of the differences is seen. In WhatsApp when configuring you require to use your phone to scan a QR code for you to be able to create an interface and use the feature while in Telegram the user uses a code sent to your mobile phone for authentication. The same feature offered in the mobile versions of each of the two applications is still offered in their Web versions meaning you can do everything that you are able to do using the standard version.

When using WhatsApp web one must ensure that his or her mobile device remains online. This is because WhatsApp web gets data from the phone and the phone also acts as a router for the messages you receive so if you disconnect it you will also disconnect WhatsApp on your laptop or desktop. In the case of Telegram Web, your mobile device does not have to be connected for you to use this feature. The reason for this is that unlike WhatsApp, Telegram have their own servers where they store data. Once you set it up that’s it.

When we look at the above difference between WhatsApp and Telegram web feature we note that it is more efficient to use Telegram than WhatsApp. It also cheaper to use because there will be no need to to use data for two devices. WhatsApp need to go back to the drawing board and figure out a way to overcome this limitation cause Telegram definitely score the point for the web feature. 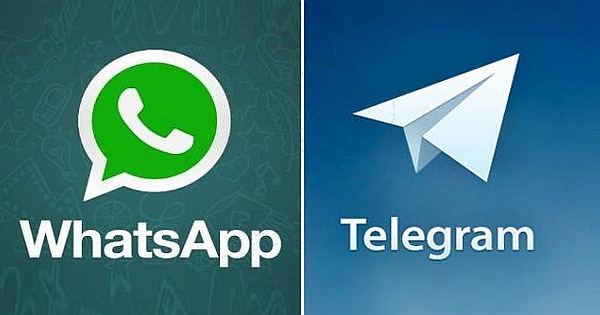 Posted in News Tagged with: apps