The HMD Global Oy has revealed the device before the start of the Mobile World Congress in Spain. The HMD has the rights of building and marketing the phones which are made by the Nokia. On their site, the Nokia mentioned about the up gradation of the design of the 3310, saying that the new design can take the iconic silhouette of the real form and can be reimagined in 2017.

The custom user interface can bring up the lively look to the phone, while the 2.4-inch polarized, as well as the curved screen, provides the much better visuals even in the sunlight.

The new phone contains the 2G connectivity along with the 2MP camera, the headphone jack, LED flash, an MP3 player, FM radio, and the storage of 16 MB with the extra slot of 32 MB Micro SD card. The company said that the battery life of the phone is amazing, with the talk time of 22 hours. Dissimilar to the original version of the phone, which was famous because of its sturdiness, the new version can do the web browsing. This phone will be available in two forms – single and dual SIM versions – along with the four color variants: Gray (matte), yellow (glossy), red (glossy), and deep blue (matte).

Also, for the users who were missing the game – yes, there is legendary snake game on the new 3310!

Nokia stated that the new 3310 will be available at the cost of just $52 and will launch during the mid-quarter of this year.

The original 3310 was launched by Nokia in 2000, with the sale rate of 120 million units in 3 years all across the world, before it discontinued, making Nokia world’s top selling mobile company. The experts said that the resurrection of such famous model was the smart idea by HMD for relaunching the brand of Nokia. As one of the mobile expert, Thomas Husson said that HMD released three new phones along with this iconic phone. This is a great way of creating the halo influence across the other versions by making the brand of Nokia revived.

HMD launched three phones in addition to the new 3310: Nokia 6, Nokia 3 and Nokia 5, which are available at different costs. Nokia 6 is available in the China and will soon be sold worldwide.

Nokia has potential to take over the smartphone industry and it is expected that by the end of 2019, it will make 5% of the total sales share of the smartphones all across the world. 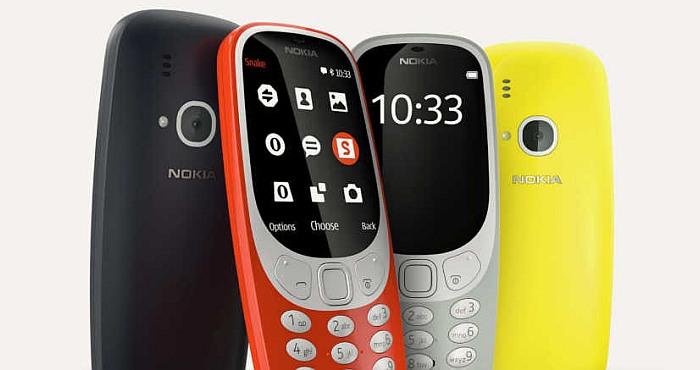