It is really interesting to note how the world of technology goes through various trends and each of these trends has a lot to offer to the users. Right from the time when the computers were introduced, to these contemporary times where internet is there everywhere, the field of technology has always helped us in living a convenient life. Innovations in the tech world have given us a wonderful and multi use gadget like smart phone and it is the same tech world which has created the endless world of apps. There are apps across the various categories and be it lifestyle, business, travel, books, games, news, chat, music or any such area, there are many apps out there to help you out and offer entertainment.

The world of apps is a huge one and there are apps for kids too and we will be throwing light no top five chat apps for kids and teens. For kids texting and conversing through the medium of chat is something which is on the rise as these apps allow them to stay connected with their friends.

For kids and teens nothing works better and is an option which allows to send messages without any limit and this is what LINE chat app has to offer. This app works across the different operating systems and the other features of this app covers the aspects like free messages from anyplace, voice calls, video calls and also allows sending of photos and icons. Did we mention that LINE app has a timeline feature?

For the teens this could be a great piece of news as now they can be on Google+ and this app needs no introduction and here the main attraction is the concept of “circles”. The main feature of this app is that it offers better managements of sharing the content online. One can have different circles for different groups in Google+ and one of the major highlights of this app is of video chats which are available in Hangouts.

Viber is yet another chat app which through which free text as well as calls could be made. Sending of photos and video messages is also offered in Viber at no cost. In Viber as far as your ID is concerned, then it is the phone number of yours which works as its ID and up to hundred participants groups are allowed on Viber.

This is another app in which group chat could be done and the number of people why could do this for free are twelve. This is an app which offers free voice as well as video besides free messaging. The best part with Oovoo is that kids and teens could chat only with those who are a part of their contact list which is approved. It is a great app for kids and also for teens to study together.

This is yet another top app for kids and teens and what is different in this app is that it would work when you create a username and you can log in with it and it is not your phone number which would work as your Kik id. This app is known for providing a feeling of conversation as one would get to know the delivery of the message has been done and when it has been read. 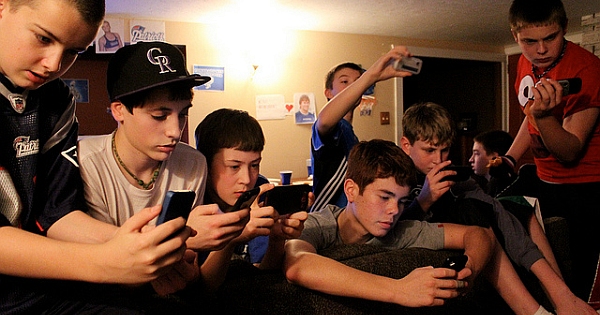