Just last year at a developer’s conference, Google introduced the new messaging app, Allo. While Allo was meant to be the messenger app of choice, the fact that it is incredibly limited to strictly messages and nothing else has caused the app to be unable to take off.

Shortly after it’s launch in late September, Allo’s download rate quickly passed five million, with the first million coming within just days after launch. The initial spike in numbers was expected, as with all app released, but it also painted a rather gloomy picture for the messaging app.

Since the initial release, those numbers have drastically fallen off and competitors are far outdoing Allo. Part of the blame seems to fall on the fact that Allo had no feature parity when launched and also had no support for SMS fallback. The latter would have allowed users to make use of Allo as a standalone messenger.

There has been a degree of progress, however, with Allo. Google has, since its launch, given the app landscape support, a quick reply feature, application shortcuts, emjoi suggestions, Fantastic Beasts Stickers, background themes and a better integration with the Duo application as well.

Unfortunately, Allo continues to fall very low in the charts. The primary cause for this is the fact that Android users are much more accustomed to having many features packed into their messaging apps. The letdown in the simplicity of the Allo messenger feels like a giant step backwards instead of being the “new app” it was suppose to be.

In spite of all this, Google has yet to give up on one of their newest releases. The development team members have disclosed, in public statements, the fact that all of the requested features will soon be making their way into the app. Updates will bring more and more aspects of usability to the app and there has even been talk of a desktop client as well as the addition of SMS functionality.

Users have also been asked what types of features they would like to see come to the Allo messenger. Proposed features include desktop support, SMS support, the ability to sign in from multiple devices all at the same time, google account registration that is not tied to your mobile phone number, or other user-suggested features.

After raising the question, however, some people have stated that they believe Google Hangouts is really the only thing that is needed. With full SMS integration, Hangouts is often preferred over other apps that many users are touting as “useless”. 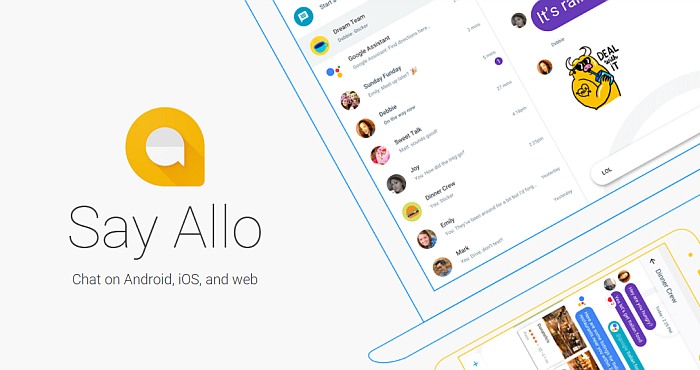